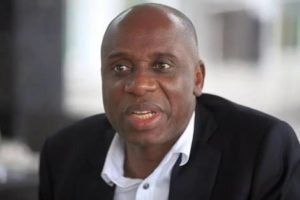 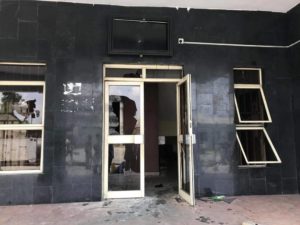 Supporters of Amaechi backed by over 40 operatives of Special Anti-robbery Squad (SARS) locked the Gate of the High Court Complex.

Workers and judges who struggled to gain entrance were beaten to stupor, while the SARs operatives shot repeatedly into the air. 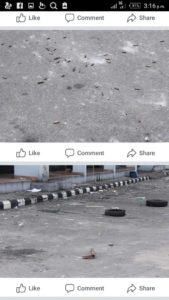 Amaechi supporters led by Jacob Briggs from Akuku-Toru Local Government Area said that they blocked the court premises to stop proceedings in the suit filed by Senator Magnus Abe.

Briggs claimed that the Senator is planning to use the High Court to stop the Rivers APC Local Government Congresses. 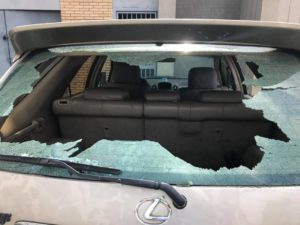 However, Rivers youths numbering over 100 marched to the High Court Complex, defied the SARs operatives who were shooting . They opened the court.

We can now confirm that an injunction was granted stopping Rivers APC from conducting the LGA congress scheduled for saturday. 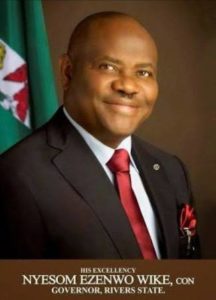 The governor spoke on Friday after he inspected the Rivers State High Court Complex destroyed by the Police and supporters of the APC from the faction of the Minister of Transportation, Chibuike Rotimi Amaechi. 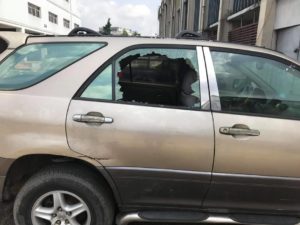 Governor Wike said it is unfortunate that the Nigeria Police connived with leaders of the APC to close the courts and stop it from dispensing justice to Rivers people.

He said: “This is very unfortunate. Do not trivialize this invasion by saying it is just an attack by the APC on the judiciary. This is a complete coup by the Nigerian Police and the APC to overthrow the Rivers State Government.

“We have said it before and we have been vindicated by this callous joint invasion of the Rivers State Judiciary”.

He regretted that the Rivers State Police Commissioner decided to copy the Inspector General of Police in the exhibition of recklessness and lawlessness against an arm of Government carrying out its lawful duty.

“We cannot continue to rely on the police to defend us. We must all stand up to defend democracy. What has happened is a sign of what APC and Police have planned.

“APC Federal Government is not prepared for election. Therefore, they want to truncate the nation’s democracy. They are fomenting trouble to create an avenue for the military to take over.

“The APC Federal Government sponsored Senator Omo-Agege at the Federal High Court. Nobody invaded the court. This action by the Police and APC is not acceptable”, he said.

Governor Wike noted that it was the immediate past Rivers State Governor, Chibuike Rotimi Amaechi who plotted the attack on the Judiciary on Thursday on behalf of the Federal Government , pointing out that the plot was executed by a Former Local Government Chairman already standing trial for murder.

“We must defend ourselves and the nation’s democracy. We cannot continue to rely on the police. Remember, it was the police that kidnapped a sitting governor.

“Nigerians have rejected the APC and there is nothing anybody can do about it. Since they are unpopular, they want to truncate the nation’s democracy “, he said.

He commended Rivers youths for rising in defence of their mandate by mobilising to open the courts, despite the shootings by the Nigerian Police.

APC and Policemen on Friday locked the gates of the Rivers State Judiciary in an attempt to stop the court from hearing a suit filed against the party by aggrieved members.

The governor was guided during the inspection tour of the High Court Complex by Chief Judge of Rivers State, Justice Adama Iyayi-Laminkara.