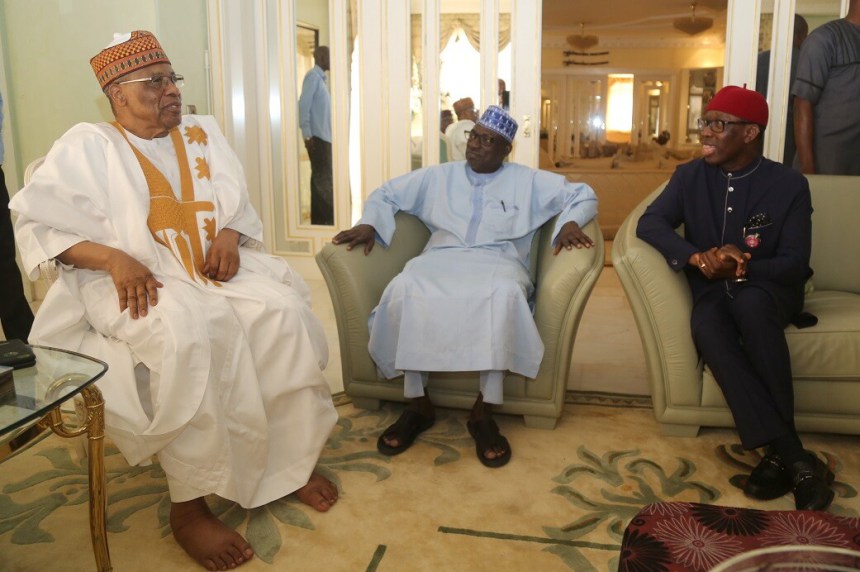 The entourage was said to have arrived at the Minna airport in a chartered flight and was driven in about four vehicles to the up hill residence of the former Military President. Prince Secondus, members of his entourage and members of Niger State Working Committee of the party, led by the chairman, Alhaji Tanko Beji, were said to have held a closed-door meeting with the former military president.

Though journalists were kept away from the visit, Vanguard gathered that Babangida commended the National Working Committee of the party for its tremendous work since it came into office, especially in the area of reconciling aggrieved members of the party. A source at the meeting disclosed that Babangida said the effort being put into the management of the party at all levels was highly commendable and would surely help the party to succeed in next year’s general election. Part of the discussion, it was also gathered, centred on the forthcoming governorship elections in Ekiti and Osun states.

The NWC members were also at the residence of late former governor of Niger State, Abdulkhadir Kure, to condoled with the widow, Senator Zaynab Kure. Second assured Senator Kure that the party would continue to stand by the the family in appreciation of the good work of the former governor.

The deal Buhari signed in America.