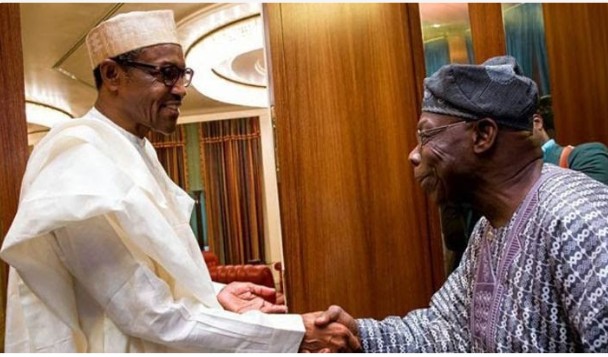 Speaking during the APC South-East mega rally in Owerri, Imo State capital on Tuesday, Oshiomhole said it was the  effort of Ken Nnamani, a prominent politician from the zone, that thwarted the third term “devilish agenda” of Obasanjo

Although Oshiomhole did not mention a name, it was clear he was referring to Obasanjo.

Nnamani was Senate President at the time Obasanjo allegedly tried to extend his tenure.

“Those who are writing letters now, who have become unelected adviser, they governed as absolute ruler for almost eight years,” he said.

In January, Obasanjo had written a letter to Buhari, asking him not to contest the 2019 presidential election.

But Oshiomhole fired back at Obasanjo: “For, eight years, what did they do about second Niger bridge? What did he do? And then he wanted to take us to Mugabe where there is no end of tenure.

“But thanks to your son; your own son, my own brother, my own comrade, and I am talking this time of Ken Nnamani, a very proud elder statesman from the south east. He provided leadership for the determination against the road to Zimbabwe.

“We must always in moments like this appreciate people for their contribution like this, so that others will be inspired to contribute because history will not forget if he had taken naira or ego and compromised, we won’t be here today.

“So at any opportunity I have, I want to salute Nnamani and all those who supported determination against the third term devilish agenda.”