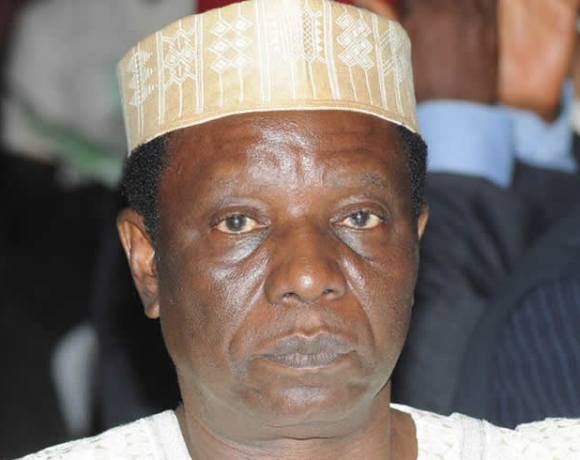 The saying that ‘government is a continuum’ makes ample sense to many because no patriot is likely to object to the continuation of well-thought-out policies initiated by a previous government.
It was perhaps the expectation that such continuity would be in the public interest that many Edo citizens in 2016 hastily embraced Godwin Obaseki, the governorship candidate of the then ruling All Progressives Congress APC.

The anticipation was that Obaseki would continue with what was understood at the time to be his predecessor’s giant steps in project execution.
But based on a critical assessment of the over-publicised performance of the government of the day, this column did caution our people to be weary of hailing projects with hazy details.
Government was so angered by my article for the week titled “Continuity in Edo on what?” published on July 31, 2016 that she expended huge public resources to procure nation-wide, live television coverage and full-page newspaper advertorial to denounce this writer.
How I wish political jobbers who relished those paid, intemperate and defamatory adverts, had the serenity to read my response titled ‘Tonnie Iredia & the Verdict of History.’
Today, I am patently vindicated by the prompt verdict of history that is already on ground now.
Of course, Obaseki who has since become governor, has disproved the suspicion that he would naively continue with projects without rationalizing them. Instead, he has shown commensurate wisdom by refusing to continue with projects whose concealed traps to shortchange his people have become exposed.

Interestingly, there are still politicians who have refused to condemn the booby-traps of the previous administration arguing that governor Obaseki should have ‘completed’ the 5-star hospital already commissioned by no less a personality than the nation’s President.
What can any coherent citizen make of a clamour for a new governor to complete a project which had been formally commissioned with glamour before he took office?
Perhaps it was to give ample time to those who diverted funds from the project to quietly return and have the job properly completed, that it took about 3 years before government set-up a judicial commission of enquiry into the affairs of the hospital.
Sadly, pertinent issues raised by the enquiry have been treated with kid-gloves.
For instance, not much has been heard about the recommendation of the panel that the Ministry of Justice should institute civil and criminal actions against those found culpable in the project which the panel described as ‘fraught with breaches of the state’s procurement laws.’
If the constraint of the governor was influenced by his anxiety to avoid being distracted by prolonged probes, some people are surprised that he is yet to at least recover for the state, huge sums that may have been misappropriated.

It is more upsetting that after Obaseki had himself seen several discrepancies in another controversial massive project – the N30billion Benin storm water scheme, he is still at the point of threatening to probe the contract.
Whoever is prevailing on the governor to soft-pedal so as not to be accused of pursuing his predecessor, is certainly not doing society any good. After all, there is nothing wrong with a probe that is well intentioned.
While no one can stop governors from maintaining good relationships with their predecessors/political parties, all governors are under oath to adhere to the greater obligation of ensuring societal development.
This seems to explain the trend in other parts of the country where some governors have had to review previous projects for the good of society; an apt example here being the changes in Osun state where governor Oyetola has courageously and correctly reversed his predecessor and party leader.

More importantly, if such changes involve recovery of misappropriated funds, it would be a disservice to look the other way supposedly for the sake of inter-personal peace.
In the case of Edo, the storm water project valued at N30billion is not only too huge to be toyed with, the consequence of leaving the state capital flooded is too grave to be pushed aside.
The water project is therefore not one whose probe should be delayed. We are not unaware of efforts by some people to politicize the project by raising some irrelevant issues.
First, there is the argument that the governor should have known that the entire budget of N30billion had not been spent – an argument which further justifies the need for a probe.
Apart from the fact that the argument does not controvert the original value of the project, the state is entitled to knowing the exact amount already expended, and the correlation between the unspent balance and what remains to be done. Can the amount yet to be spent, complete the job? If not, under which segment was money over-spent?
How much is involved and how can it be retrieved? Besides, is it true that part of the funds made available for the project was allegedly shared? These are some of the issues that immediately render the probe inevitable.

In developed societies where Auditors have the required independence and strength of character to perform, a probe would probably be unnecessary; but in our clime where a leader can over-rule professionals, it is only through an enquiry that facts can be seamlessly exposed.
There is also the blackmail by some people who are planning to indict members of the present government who were part of the previous administration. Such threats are honestly in favour of the state.
All those who have facts that would expose what anyone including the current governor did in the past, are welcome to play the role of good citizens by providing such facts.
On the other hand, the call by some groups that governor Obaseki should waive his immunity and appear before the probe panel begs the issue. Such calls can only arise where any fact placed before the panel warrants the governor’s appearance.
We expect that the probe panel would not spare anyone involved in defrauding the state. Indeed, our people must learn to discard the tendency of seeking to use the misdemeanour of some other persons to justify theirs.

All honest people ought to know that a probe is not a basis for automatic indictment, rather it is an instrument for correcting claims and false accusations which no one should be scared of.
Accordingly, we hope no one would resort to the old practice of using the judiciary to buy time by hopping from one court to another to stop the probe panel from doing the job.
We are also in support of the decision of the state government to swiftly comb relevant ministries to retrieve crucial documents on the project which could be burnt by suspected arsonists.
Governor Obaseki has since 2016, evolved strategies for stopping the old order of fraudulent practices in government.

Through technology he has been successful in removing political jobbers especially analogue revenue collectors from having access to state resources.
Having been so commended by all for the strategy, he cannot stop at that level of minor frauds. He must in addition, endeavour to take the fight higher by retrieving all stolen assets from past leaders and their influential aides.
If not, the governor is likely to lose the admiration of Edo indigenes including this writer who are desirous of a speedy development of our state.

The true wealth of Nigeria; It’s not all about oil!