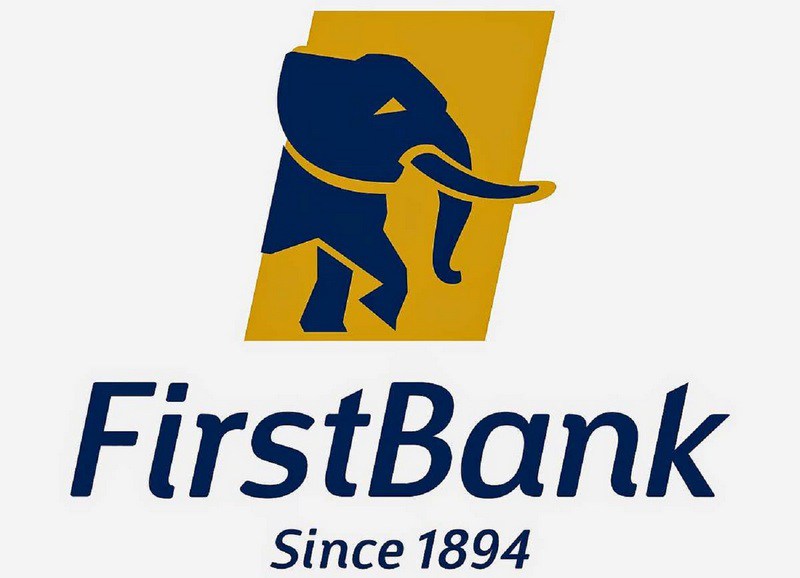 For the people of Ejama Community in Eleme Local Government Area of Rivers State, all they want is for Shell Petroleum Development Company of Nigeria Limited (SPDC) to pay them the N17billion and the accumulated interests awarded them by the Federal High Court in Port Harcourt in 2010 for completely devastating the community and its environs and ecosystem with oil spillage. They are ready to ensure that every legal means is used to make it happen despite the frustrations being put on their way by First Bank of Nigeria Limited, Shell’s bankers.

Recently, they filed a contempt proceeding at the Federal High Court in Lagos against the bank for frustrating the process of releasing the money. In the documents sighted by THISDAY, the community through Chief Isaac Osaro Agbara and eight others, urged the Federal High Court in Lagos to jail the Chairman of First Bank, Mrs. Ibukun Awosika, over the bank’s failure to pay them a judgment sum of N17bn.
The case, which started in 1991, was originally instituted at the Rivers State High Court, Nchia Division, by six indigenes of Ogoniland against the Royal Dutch Shell Plc, Netherlands, Royal Dutch Shell Plc, United Kingdom, and SPDC over alleged oil spills that occurred when Shell operated in the community. The plaintiffs alleged that it was the same case that led to the Ogoni struggle championed by the late Mr. Ken Saro Wiwa. Judgment was eventually entered in their favour against Shell by the state High Court, whereupon the defendant appealed against the said judgment.

However, in 2001, a fresh suit was commenced by some representatives of the Ogoni people before the Federal High Court in Port Harcourt presided over by Justice Ibrahim Buba claiming N17 billion and interests on the said sum for the losses allegedly caused by the oil spills.
Justice Buba, after listening to the submissions of the parties in the suit, in his judgment in 2010, awarded N17 billion to the representatives of the Ogoni people.
The court equally granted the Ogoni chiefs 25 per cent interest charge on the principal sum of about N17 billion. SPDC then appealed against the judgment and applied for a stay of execution of the judgment pending the appeal.
As a condition for granting the stay of execution, the court required Shell’s bankers, First Bank, to provide a guarantee of the judgment sum. This condition was complied with. But Shell’s appeal failed at the Court of Appeal on technical grounds, ostensibly because it filed its processes out of time and without regularising them.

Accordingly, last December, the judgment creditors (Ogoni representatives) not only commenced garnishee proceedings at the Federal High Court in Owerri presided over by Justice Lewis Allagoa, it also filed contempt proceedings against the bank before Justice Buba who delivered the judgment in Port Harcourt in 2010 but now sitting in Lagos.
The Ejama community is completely at a loss to understand why First Bank does not want to pay the money when in actual fact, it was the one who voluntarily pledged to undertake the payment of the judgment debt should Shell lose at the Court of Appeal on December 20, 2012. On June 6, 2017, Shell’s appeal was unanimously dismissed at the Court of Appeal with a N300,000 cost. Part of their processes to recover the judgment debt from the bank is the contempt proceedings they have instituted against the Chairman of the bank, Mrs. Ibukun Awosika for the court to commit her to prison for refusing to pay them the money. Earlier in the week, Justice Buba adjourned the case to determine which applications would be heard first.

You might also Like:  Amaechi & 25th October: Implications on Rivers State and the Nation a decade after (Part one)

In a guarantee sighted by THISDAY and dated December 17, 2012, the First Bank had declared as follows: “Pursuant to the foregoing, the bank hereby guarantee to pay to the respondents the judgment sums only if the aforesaid appeal to the Court of Appeal fails and the appellants become liable in law to pay the judgment sums therein.
“The guarantee and the bank’s liability thereunder shall be subject to all due process of law and payment by the bank under the guarantee will only be made upon receipt by the bank of the respondents’ written demand accompanied with duly certified copy of the judgment of the Court of Appeal, stating that the Judgment Sum is due and payable by the appellants in the matter.

“This guarantee shall become operative and enforceable from the 17th day of December 2012 and shall remain valid until 14 days after the determination of the aforementioned appeal at the Court of Appeal, after which it shall terminate, whether or not the original bank guarantee is returned to the bank for conciliation, provided however that the guaranteed shall immediately lapse and become void if the appeal is successful.
This guarantee is limited to the specific judgment sums specified above, it is not a continuing guarantee and shall not extend to any other sum payable by the appellants to the respondents neither shall it extend to any other transaction between them. This guarantee shall be governed by and subject to all the laws of the Federal Republic of Nigeria and shall not be construed to fetter or limit the constitutional rights of the parties, including their right of appeal.”
But First Bank has maintained that it is a responsible law-abiding organisation with the capacity and character to meet its obligations as and when due. In a statement by its Head of Marketing and Corporate Communications, Mrs. Folake Ani-Mumuney, to an earlier publication by THISDAY, she expressed confidence that the courts would dispense justice in the cases in line with constitutional obligations.

According to her, “FirstBank is a responsible and law-abiding corporate citizen with the capacity and character to, on a consistent basis, meet its obligations as and when due. The events culminating in FirstBank’s issuance of the said bank guarantee at the request of Shell Petroleum Development Company Limited as well as all matters arising therefrom and associated therewith are subject matters of different lawsuits including Suit Nos. FHC/OW/CS/C4/2017, FHC/L/NJR/1/2018 and Appeal Nos. SC/511/2017 and SC/731/2017 which are ongoing. We are confident that the various courts will dispense justice in the cases in line with their constitutional obligations.”
Also, a source conversant with the case explained that FirstBank’s appeal was still at the Supreme Court and hearing of the case will come up on October 16, 2018. He said irrespective of the fact that the Supreme Court had not ruled on the case, the counsel to the Ogoni chiefs, Lusius Nwosu, has been pushing for FirstBank to honour the guarantee.
He said FirstBank, however, has maintained that the parties have the right to exhaust their rights in law and that includes going to the Supreme Court. According to the source, this was another attempt by Nwosu to stampede the bank into paying the N122.53 billion.
Opening up on other tactics employed by the counsel to the Ogoni chiefs to compel FirstBank to cough up the sum despite the fact that the matter is still being adjudicated, he said Nwosu had also petitioned the two legislative chambers of the National Assembly.

“Not stopping at that, he has petitioned the Central Banks of other countries where FirstBank has operations; he has initiated winding up proceedings against the bank in Lagos and Abuja which he discontinued; he took an action against FirstBank at the Federal High Court in Port Harcourt which he abandoned; he obtained the garnishee at the Federal High Court in Owerri seeking to attach FirstBank’s funds at the CBN; then last week he filed contempt proceedings against the chairman and managing director of the bank. All these he has done irrespective of the case at the Supreme Court. But FirstBank from what I can tell is confident in the judiciary to do the right thing,” he said.
Reacting to the bank’s response, Agbara said the bank was not compelled to undertake the guarantee, as it did it out of its own volition. He wondered why the bank went to the Supreme Court when the guarantee it entered then was for the Court of Appeal.
He said: First Bank issued the guarantee copy of which is published herewith on 17/12/2012 and gave the original to us pursuant to the order of court. We did not write the wordings or conditions. First Bank did, with the approval of Shell Petroleum Companies Nigeria, United Kingdom and the Netherlands. First Bank undertook to pay us if Shell’s Appeal fails at the Court of Appeal but if Shell’s appeal succeeds at the Court of Appeal only, the guarantee lapses.

“On the 6th of June 2017, Shell’s appeal failed at the Court of Appeal and was unanimously dismissed with N300,000 costs because Shell through their lawyers lied on oath to a subsequent panel of that court, falsely swearing that a previous panel of that court had granted them leave to file an Amended Brief of Argument whereas indeed, they had not applied for any and no such leave was granted them. Thus they argued their appeal on false and non-existent Brief and were caught by the eagle of the Ogoni respondents. Need we say more?
“We the Ogoni Respondents have fulfilled all the conditions stipulated in the guarantee, but FirstBank on the urging of Shell, irresponsibly reneged on their sacred document of honour. FirstBank lawyers also have falsely passed off a moribund and spurious Appeal No. SC/511/2017 not arising from the judgment of 6/6/17 knowing same to be untrue, as a relevant appeal. It is not.
“First Bank knows that their guarantee begins and ends at the Court of Appeal and did not extend to or subject to any further appeal to the Supreme Court. Please the reader should read the guarantee attached. Meanwhile, First Bank is deemed to have collected the guaranteed sums from Shell Netherlands, Shell UK and Shell Nigeria, as a prudent banker would, or fail to so do at its own peril.

“To compound matters, the Central Bank of Nigeria has through its lawyers deposed to the strange fact on Oath that they do not have any money belonging to First Bank beyond the statutory 25 billion in their custody which, if correct, has put a lie to FirstBank’s claim that it is capable of meeting their N122,000,000,000 (N122bn) guaranteed obligations with interest still mounting at court-ordered 10% p.a. until payment. If this is true, then the CBN as First Bank’s regulators and bankers has insinuated that First Bank is failing the ‘stress test.’”
It is clear however that the FirstBank and its lawyers are doing everything possible to frustrate the payment of the judgment sum and the accrued interests. Clearly the language it used in guaranteeing the judgment sum is unequivocal. It clearly stated that it will pay the judgment sum plus accrued interest of 25 per cent if Shell’s appeal fails at the Appeal Court. The appeal has since failed, why is the bank now refusing to pay and yet claims to be a law-abiding citizen? Fortunately, FirstBank is not even disputing its own letter guaranteeing the judgment sum, rather it is playing some legal gymnastics all in an effort to either frustrate releasing  the money to the community ravaged by oil spillage or delay as much as it can possibly do to deny it the benefits of the judgment. The reasonable thing to do in the circumstances, is to opt for installmental payment rather than continue to play the legal system; while a 25 per cent interests continue to accrue on the sum  now put at N122,000,000,000 (N122billion.