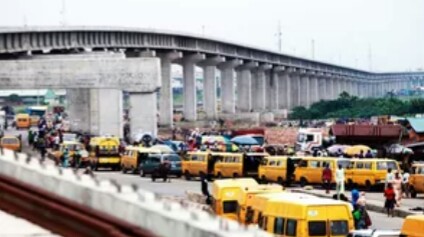 The Lagos light rail project has been ongoing for at least, the past 10 years.

Initially, the engineers said the project would be ready by June 2015, but it was not to be.

In fact, it still has a long way to go, as the state government has now projected 2022 as completion date.

The government said the light rail project running between Mile 2 and Marina will now commence passenger operation in 2022.

The mass transit rail project called the Blue Line awarded to China Civil Engineering Construction Corporation had suffered many delays due to lack of money and other challenges.

But the state government said on Sunday that after a comprehensive review of the project, it had approved a road map proposed by its consultants to complete the civil infrastructure as well as the operation and maintenance infrastructure needed for the commencement of passenger operation in 2022.

A statement by the Assistant Director, Corporate Communication at the Lagos Metropolitan Area Transport Authority, Lamata Ojelabi, said the state government had engaged consultants to carry out a technical review and due diligence on the implementation of the project, which substantially focused on civil work and reported back to government that operation of the first phase could only commence in 2022.

“Following the report, Alstom SA France, who are experienced international railway systems aggregator and rolling stocks manufacturer, with over 100 years of railway experience covering 60 countries, was engaged to review the report of the consultant.

“Alstom SA agreed with the submission of the consultant that the first phase of the rail project could only become operational in 2022 based on proposed funding pattern,” it stated.

Nigeria, others on alert as Ebola death toll rises to 19...