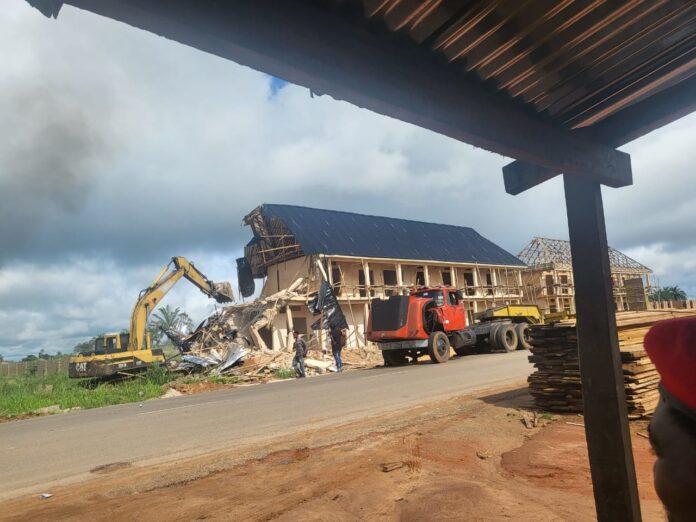 Late last year, a client contracted me to prepare a Deed of Transfer for her sister, residing outside the country. We agreed on 250k, which she promptly paid into my account. Two days later, I was given copies of the relevant title documents. A cursory reading and local searches revealed that the proposed agreement is for a property in Obagie Community, Benin City. I promptly wrote to EdoGis for verification and legal status of the property being transferred. I paid the necessary exorbitant fees, charged by EdoGis.

Few days later, I was informed that the property, is within the area of land, Edo State Government, clearly acquired for development purposes, years ago. So I called my client and broke the sad news to her. I also advised abatement of further financial commitments on the property and seek for a refund of money paid. To demonstrate the seriousness of the situation, I asked for account number and refunded in full, my legal fees, including fees charged by EdoGis. She thanked me and promised to act as advised.

This sweet and delicious decision to advise and refund, wasn’t a resourceful contemplation of a buoyant temperament, as I had assigned the money as full payment for a Christmas rendezvous. Not all amiable, straight nose, smiling wide mouth and unquestioning eyes of lawyers, are real. They conceal amenities and many things. Yet, integrity matters.

Four months ago, I suddenly received a call from my client, informing me of intense but failed efforts to secure a Certificate of Occupancy on the property. “Which property?” I impatiently asked. “The same Obagie land you returned money!” She retorted. Instructive Development. ”Barrister, nor be everything I go dey bother you with. Na long story o. After you returned the money, my sister’s boyfriend got another lawyer who promptly wrote the agreement for less than Fifty Thousand Naira. They immediately got a registered surveyor to survey the land and started building, even up to decking level.

My sister’s boyfriend became the project manager. Last month, they paid another lawyer Five Hundred Thousand Naira to do C of O! I heard everything, but decided to stay off. This morning my sister called me for the first time since December to report that the ‘C of O lawyer’ said that it’s completely impossible to get a C of O on the property. She don spend millions. Abeg wetin we fit do?”. She lamented. “I think your sister, will get a better advice from the 50k lawyer and surveyor on how to get a native doctor to plant ‘I see you, you no see me medicine’ around the property, so that Governor Godwin Obaseki will forget everything about Obagie, just as Evboariaria people made Governor Oshiomohle to forget Evboariaria Industrial Layout!” I advised. “ Barrister, you harsh o!!!” She cried as we ended the call.

This morning I drove past the property in Obagie and like the Philistinian dagon, it’s broken and flattened before the ark of covenants.