Home News IBO WOMEN REALIZE THAT ” WE ARE NOT LIKE THEM” 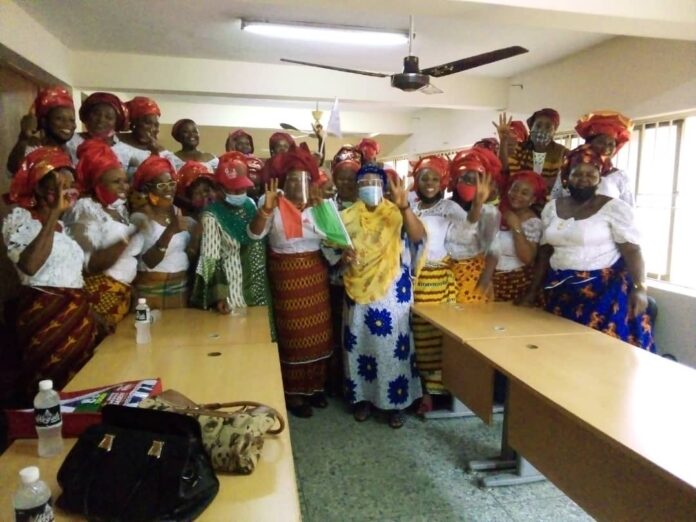 ITS TIME TO RESET EDO.

IBO WOMEN REALIZE THAT ” WE ARE NOT LIKE THEM”

The State Secretariat of the Peoples Democratic Party was a beehive of activities as leaders of the Ibo Women Community decamped to PDP from APC. The women led by Mrs Blessing Ahoruonye was received by the PDP State Women leader Mrs Lindsay Sorea.

Mrs Blessing Ahoruonye said they were joining the PDP so they can offer maximum support to Governor Obaseki in appreciation of the excellent work he is doing. She referenced the elimination of double and over taxation by thugs in the previous APC government and stopped since the start of Godwin Obaseki’s administration. She also mentioned the impressive developmental stride been witnessed in the state as well as the economic expansion that has positively influenced the rate of consumption and his prudent management of resources.

She expressed fear that if Governor Obaseki’s Administration is disrupted, ” God forbid” they believe that the state will go back to the “hands of thugs, brutal tax collectors and servicing of God fathers at the detriment of development and ease of doing business.” She rejects the return of the state to a party immersed in corruption while citing recent NDDC and EFCC allegations amongst other.

She affirmed that they have vowed to vote for PDP and Governor Obaseki to ensure that the train is not derailed.

According to her, ” we the Ibo Community in Edo state have realized our past mistakes and we are fully ready to correct it this time by voting PDP”