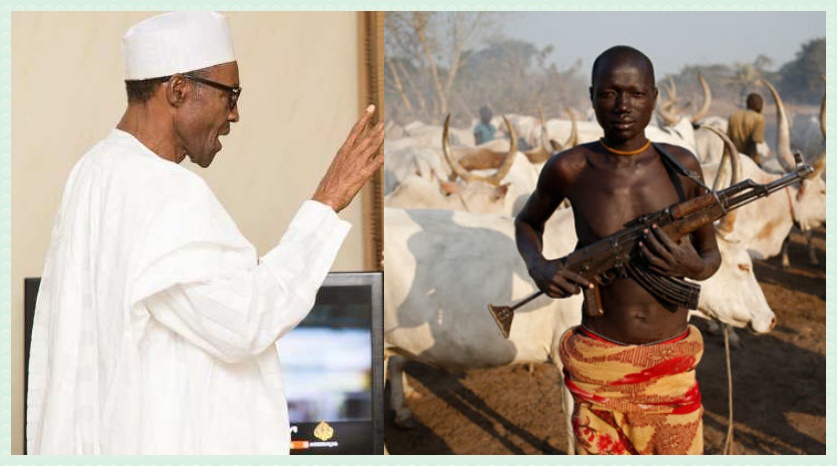 There is something in President Muhammadu Buhari’s political DNA that makes him taciturn in Nigeria but loquacious abroad. It will be presumptuous of me to claim having an answer to the puzzle because whatever explanation other than that made by the president himself will be mere conjecture. But a guess, we must hazard in the circumstance. It could be that the president is contemptuous of the local media and Nigerians or he suffers a complex.

Whichever is the reason, it is absurd when a president only deems it expedient to make weighty policy pronouncements outside the shores of his country. In the nearly three years of Buhari’s presidency, he has had only one media chat. On February 5, 2016, barely eight months in office, President Buhari told the editors of The Telegraph, a British tabloid, that Nigerians’ criminal reputation has made them unwelcome in Britain and other Western countries. Uncharitable claim “Some Nigerians claim that life is too difficult back home, but they have also made it difficult for Europeans and Americans to accept them because of the number of Nigerians in prisons all over the world accused of drug trafficking or human trafficking,” he told the newspaper, adding, “I don’t think Nigerians have anybody to blame.” That was an uncharitable claim, which former British Prime Minister, David Cameroon, embellished four months later when he called Nigeria a “fantastically corrupt” country at the Buckingham Palace. “We’ve got leaders of some fantastically corrupt countries coming to Britain… Nigeria and Afghanistan, possibly the two most corrupt countries in the world,” Cameron said.

Of course, when Dominic Waghorn, the Diplomatic Editor of Sky News, asked Buhari a couple of days later if he agreed with Cameroon’s characterization, he answered yes. So, when President Buhari on Wednesday, April 11, in London blamed former Libyan leader Muammar Gaddafi who was killed in October 2011, almost seven years ago, for the ongoing carnage in Nigeria, it was true to character. He told the Archbishop of Canterbury, Justin Welby, who visited him at the Nigerian House that the arms Gaddafi provided his supporters found their way into Nigeria where they are now being used to slaughter innocent Nigerians.

“The problem is even older than us,” he said. “It has always been there, but now made worse by the influx of armed gunmen from the Sahel region into different parts of the West African sub-region. “These gunmen were trained and armed by Muammar Gadhafi of Libya. When he was killed, the gunmen escaped with their arms. We encountered some of them fighting with Boko Haram. “Herdsmen that we used to know carried only sticks and maybe a cutlass to clear the way, but these ones now carry sophisticated weapons.” It would have been a different thing if the person making this claim was not the President and Commander-in-Chief of the Armed Forces of the Federal Republic of Nigeria.

This excuse is not only dumb, coming from the president, it is bizarre. Why is he speaking from both sides of his mouth? Here is a president who on January 15, admonished Benue leaders who ran to him for comfort in the wake of the bloodbath in the state orchestrated by herdsmen to restrain their people (the victims) by accommodating fellow countrymen (the villains) “in the name of God.” “Your Excellency, the governor, and all the leaders here, I am appealing to you to try to restrain your people,” President Buhari said. “I ask you in the name of God to accommodate your countrymen.”

The president’s security chiefs doubled down on their principal’s claims. The Minister of Defence, Brig-General Mansur Dan-Ali (rtd), on Thursday, January 25, blamed the passage of anti-open grazing law in some states for the killings by herdsmen. Briefing journalists at the end of a meeting of security chiefs chaired by Buhari, the minister said arrogantly, “Whatever crisis that happened at any time, there has to be remote and immediate causes.” “Since independence, we know there used to be a route whereby these cattle rearers use … If those routes are blocked, what happens? “These are the remote causes. But what are the immediate causes? It is the grazing law.

These people are Nigerians, we must learn to live together with each other; that is basic. “Communities and other people must learn how to accept foreigners within their enclave, finish!” Then, the Inspector General of Police, Ibrahim Idris, who in January described the Benue killings as “a communal clash,” on Friday, February 2, also told senators that anti-open grazing law was the reason for the killings. So, who really are these killer herdsmen? Are they Gadhafi’s former militiamen or Buhari’s “fellow countrymen” that he pleaded with Benue elders to accommodate? If indeed they are Gadhafi’s fighters, are they Nigerians who picked up arms for Gadhafi and returned home after he was killed or soldiers of fortune who are looking for where to ply their nefarious trade for a fee as it is the case in Syria? Now that Buhari claims to know for sure who these killers are, what is he doing to bring them to justice? How should a President and Commander-in-Chief of the Armed Forces of a country treat invaders?

Nigeria’s president says he is working quietly to solve the problem. What does that mean in the circumstance? Will he react the same way if Niger Delta militants are on a killing spree in the Northwest or Indigenous Peoples of Biafra (IPOB) members invade even one community in the north? How many of these terrorists have been arrested, not to talk of prosecution? Is Nigeria the only country in the sub-region? Why are Gadhafi’s gunmen not wreaking havoc in other African countries?

On Sunday, April 15, while the president was still working quietly, herdsmen killed 78 people in Nasarawa, forcing thousands to move into already overcrowded IDPs. The terrorists are occupying most of the communities they sacked in the Middle Belt . The people who have been displaced from their ancestral homes particularly in Benue can no longer go home. They are internally displaced in their own country that is not at war. The president knows this for a fact, yet plays the ostrich. Who does he think he is fooling? Why is this president lying to himself? Stopping the bloodbath Or is he sincerely saying that the government cannot stop this bloodbath? If whatever he claims to be doing quietly is the best he can do, what does that say of his capacity to govern? There is blood-chilling meanness in all these.

The president’s rationalisation makes it worse. These people killed most horrendously are Nigerians. They are human beings. The killers are also human beings with blood in their veins. So, at what point did we become so animalistic, so bestial? How did we get to this sorry pass? Truth be told, President Buhari may well be having his day in the sun anytime he travels abroad, but back home, the joke is and will ever be on him.