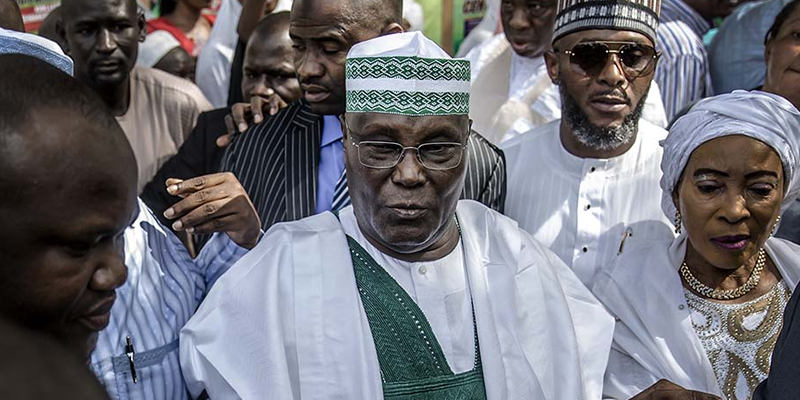 Presidential candidate of the Peoples Democratic Party, Atiku Abubakar, has rejected the outcome of the February 23 presidential election.

He disclosed that the election was not in anyway free, fair and that it was marred with many irregularities.

While speaking, he stated that he would challenge the outcome in court.

Atiku, in a statement he personally signed early Wednesday morning, said if he had lost in a free and fair election, he would have called the winner, President Muhammadu Buhari within seconds of his being aware of the outcome of the exercise.

He said, “if I had lost in a free and fair election, I would have called the victor within seconds of my being aware of his victory to offer not just my congratulations, but my services to help unite Nigeria by being a bridge between the North and the South.

“However, in my democratic struggles for the past three decades, I have never seen our democracy so debased as it was on Saturday, February 23, 2019.

2007 was a challenge, but President Yar’Adua was remorseful. In 2019, it is sad to see those who trampled on democracy thumping their noses down on the Nigerian people.

“Consequently, I hereby reject the result of the February 23, 2019 sham election and will be challenging it in court.”