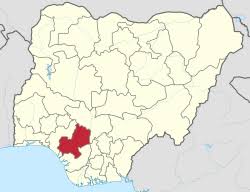 All is set for the commencement of the construction of a 1800-unit housing project in Benin city, by Edo State Governor, Mr. Godwin Obaseki-led administration, in an effort to increase the stock of affordable housing in the state.

Traditional rulers of Egba and Ukhiri communities in Ikpoba-Okha Local Government Area have thrown their weight behind the proposed construction, which is a joint-venture between the Edo Development and Property Agency (EDPA) and Mixta Africa, a private real estate developer.

The traditional rulers and members of the communities gave the assurance when the Executive Chairman, EDPA, Ms. Isoken Omo, met with them at the Palace of the Enogie of Egba Community, in preparation for the commencement of the project.

Recall that the Edo State Government sealed a deal for the construction of 1,800 housing units in Benin City with MIXTA Africa, recently, which marks the first housing project by the state government in 16 years.

Enogie of Egba Community, His Royal Highness (HRH), Palmer Imoregbe Uzama who spoke on behalf of his counterpart, Enogie of Ukhiri, HRH Osayande Aigbe, and the two communities, described the choice of the community for the project as an answered prayer, noting, “The communities have suffered neglect by previous administrations.”

Uzama expressed appreciation to the governor and the Oba of Benin, for attracting developers and investors to the state.

He assured the state government of the support of the communities.

On her part, Ms. Omo, said the siting of the projects in the communities was deliberate and forms part of the Governor Obaseki -led administration’s plans to open up the communities for infrastructural, economic and social development.

She said the meeting was organised to engage community leaders and members of the communities on the benefits of the project, adding that arrangements have been concluded for construction work to commence on the sites, which was secured by the state government years ago.

According to her, “plans have been concluded to commence work at the site in anticipation of the President’s visit on July 21, for the ground-breaking ceremony.

Omo said the support of the communities was crucial in realising the project’s objective, noting that the state government is planning compensation for individuals whose farms lie within the project site.

RUGA: Throwing The Baby Out With The Bath Water (1).