Home News Drama as man sees his dead wife living with another man in... 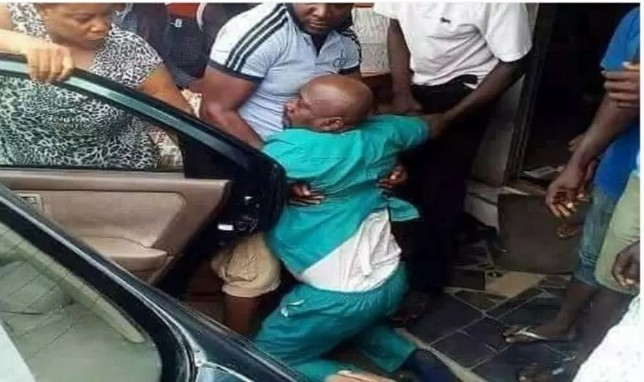 A man from Ezzagbo in Ebonyi state Okechukwu James Uwa caused a heavy traffic at Oshodi.

He traveled to Lagos on 27th June 2018 to visit his one time colleague while he was in Aba, Abia state and was parading along Oshodi when he stumbled on his wife that died two years ago in his home.

According to him, he said; my wife died of motor accident two years ago which I have finished her burial but am shocked to see her with a man who was conveying her in his motorcycle.

At first, I hesitated until I summoned courage and when I called her by her name, on turning to see me she disappeared.

Our correspondent also said that the said man who was carrying her on his bike fainted twice before being resuscitated and narrated his own story saying that he have lived with her for 8months, he also said that she moved in with him after they met in a church and he dishing out advances towards her, I love her so much which I have begged to marry her.