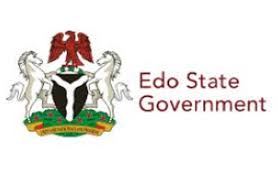 …days after Obaseki declared it a functional isolation center

Barely two days after the Governor of Edo State, Godwin Obaseki, announced in a recorded broadcast that the state government had completed the set up of the Stella Obasanjo Hospital as an isolation center for confirmed cases of COVID-19 in the state, the government has now reversed self with a sudden shutdown of the facility.

According to reports, visibly dissatisfied health workers were driven away from the health facility today on the orders of the government. No explanation has been put forward for the action.

This development further mars the Edo state government’s handling of the coronavirus disease in the state, and raises huge doubts on the additional claims of the governor on available facilities, especially the installation of 28 ventilators, a figure that has been disputed by private organizations and health workers in the state.

Since Edo state recorded its index case of the coronavirus disease, accusations of dishonesty, incompetence, and unaccountability have trailed the government’s preparations. Earlier this week, it was compelled to offer a rebuttal to a widespread claim that it is politicizing relief efforts through local officials who, according to the people and other CSOs, were compiling names and bank account details of only residents expressing support for the political ambition of the governor for the relief packages.

In the same vein, Obaseki’s prolonged isolation after government claims that his test for the coronavirus disease returned negative several days ago, and the public disappearance of his close aides, have heightened concern over the governor’s fitness and ignited rumors of a possible infection spread in the government house.

The shutdown of the Stella Obasanjo Specialist Hospital is said to be part of a scheme by the Edo state government to receive funds from donors under the pretext that the state government lacks adequate facility. This is coming days after the governor bragged otherwise.

It is unclear why the Obaseki-administration has adopted this strategy of double-speak and unaccountability which is eroding its integrity and could possibly force donors to turn their back on the state.

Unlike what obtains in other states, items received from donors in Edo are treated with official secrecy, with no one unable to tell what was received and they were deployed.