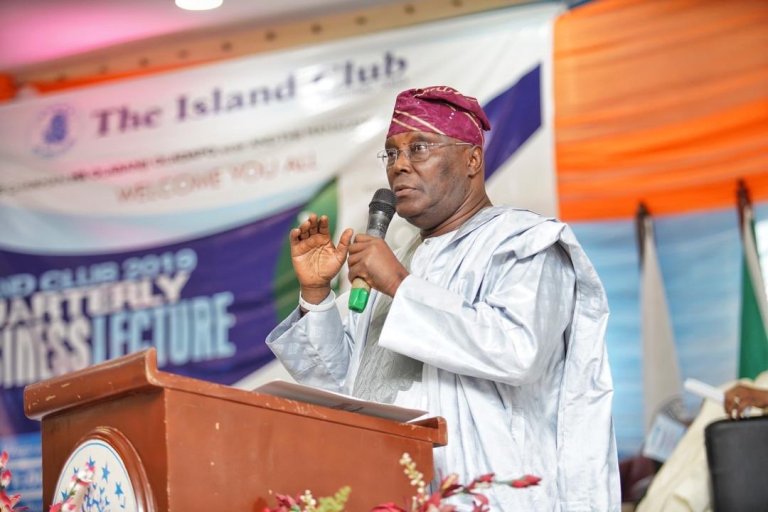 The Peoples Democratic Party (PDP) Presidential Candidate Atiku Abubakar, has vowed to end the unending strike by university lecturers in the country, from his very first day at work, when he is elected President.

Mr Atiku Abubakar made this known in Lagos, Sunday evening, at the Silverbird Man of the Year event.

Mr Abubakar while speaking, hinted that the industrial action which has denied university students in the country access to education for a period running into four months is disgraceful and thus will receive his first attention as president if voted into office in the February 16 presidential election.

“I am aghast that as I speak, our students across the nation are not being educated due to the ASUU strike caused by an unresolved debate of about N60 billion.

“If I get the job I am seeking, my first task on day one – along with naming my cabinet – will be to end this disgraceful strike and get our students back to their studies.”

In his remarks, the presidential candidate observed that education plays a pivotal role in the rise to success of any individual or nation and hints further that if he becomes the next president of Nigeria, his administration will increase the budgetary allocation to education in triple fold from the current 7 per cent to not less than 20 per cent.

According to Mr Abubakar, “I will also triple the amount the Nigerian government spends on education from 7 per cent of its budget today, not just to the 15 per cent recommended by UNESCO, but to 20 per cent.

“I recognise the value education can bring to the individual and the nation. But even more than that, I want every child in Nigeria to have the opportunities I had.”

Mr Abubakar further noted that the 2019 presidential election presents an opportunity for a turning point in the development of the country, adding that he has the requisite experience to drive Nigeria to prosperity.

He pointed out that three basic lessons are essential for any individual or nation aiming at greatness. These include investment in women, investment in education and investment in opportunities that will create jobs for the people.