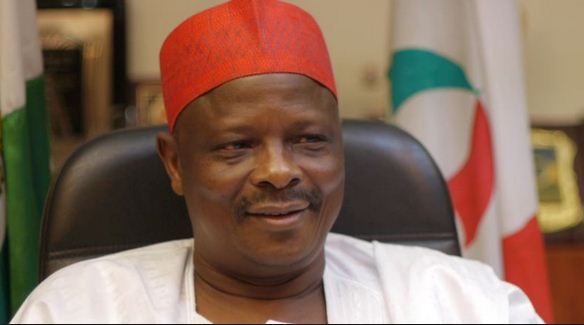 Leader of the Kwankwasiyya movement and former Kano State Governor, Rabiu Musa Kwankwaso, has reacted to the comments by the National Chairman of the All Progressives Congress, APC, Adams Oshiomhole, berating members of the party who defected to the Peoples’ Democratic Party, PDP.

Oshiomhole had described the defectors before State House Correspondents in Abuja, as ‘big masquerades with no electoral value’ in their constituencies.

Kwankwaso, who was among the 14 senator that defected during the week, has asked the APC chairman to wait till 2019 to see what they could prove.

However, speaking to newsmen in Abuja through one of his aides, Binta Sipikin, the senator said yesterday that Oshiomhole should not be in a hurry to test their political weight but should wait till the next general elections.

Sipikin, who said her boss’ electoral values would speak out in 2019, said: “Let me remind him on how Kwankwaso nearly emerged the APC presidential flagbearer in 2015, which clearly shows how popular Kwankwaso is.

“It is not a fiction that Kwankwaso in 2015 APC primaries in Lagos came second to Buhari which shows clearly in Nigerian politics he is a force to be reckoned with”.

She promised that Kwankwaso and his followers would surely show a political difference under the PDP, which he helped to form, “Let me say clearly that by 2019, we will show to the whole world that Kwankwaso is truly a force to reckon with when it comes to Nigerian politics”.