Home Politics 2019: My ambition not a do or die affair.- Turaki. 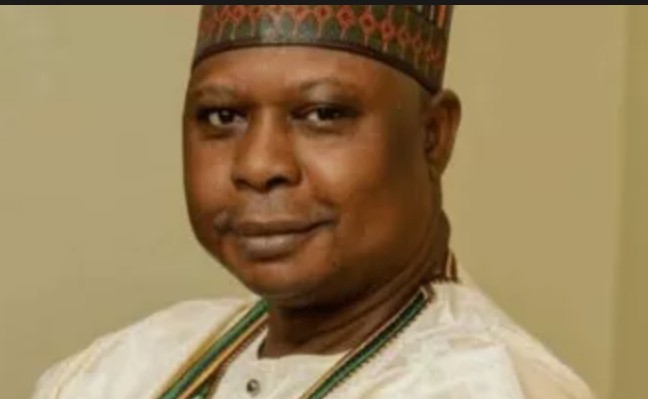 Former Minister of Special Duties and Inter Governmental Relations and 2019 Presidential aspirant on the platform of Peoples Democratic Party, PDP, Kabiru Tanimu Turaki, SAN, has said his ambition was not a do-or-die affair but one taken in the interest of Nigeria and Nigerians.

Turaki also said he could match President Buhari’s much talked-about integrity, adding that he had what the first citizen does not have.

The Presidential aspirant stated this, yesterday, while addressing members of the PDP National Working Committee, NWC, on the occasion of his formal presentation of a letter of intent to contest the 2019 Presidential poll.

He said: “I can match President Buhari’s integrity for integrity and I have what he does not have: I have education, I have knowledge, I have the fear of God, which he doesn’t have.

“Even if you have a good sales team, you need a good product. And I am that product. I can assure you that I am not made in ‘Taiwan,’” he said.

He warned them not to forget that the gains recorded by the PDP have all been frittered away by the government of President Buhari in the past three years.

Responding, national chairman of the party, Prince Uche Secondus, pledged the commitment of the NWC to zero tolerance on imposition and impunity, adding that no money bag could alter the stand of the party to fairness and transparency.

“When we rebranded, we put behind us impunity and imposition. At the headquarters here, it would be zero tolerance on corruption and imposition. No money bag will come here to change a decision that has been taken at the grassroots level,” he said.

Secondus also mocked the anti-corruption campaign of the APC-led government, even as he called for a stop to what he described as the persecution of perceived enemies of the Buhari government.

“You are accusing people of corruption while you are wallowing and swimming in the ocean of corruption back in the Villa,” he added.

Under his stewardship, Secondus pledged to lead by example, saying “we have warned our staff; anyone involved in corrupt act (s) will be sacked almost immediately.”

Bala: The Kidnapper Who Was Allegedly Freed By The Nigerian Army.