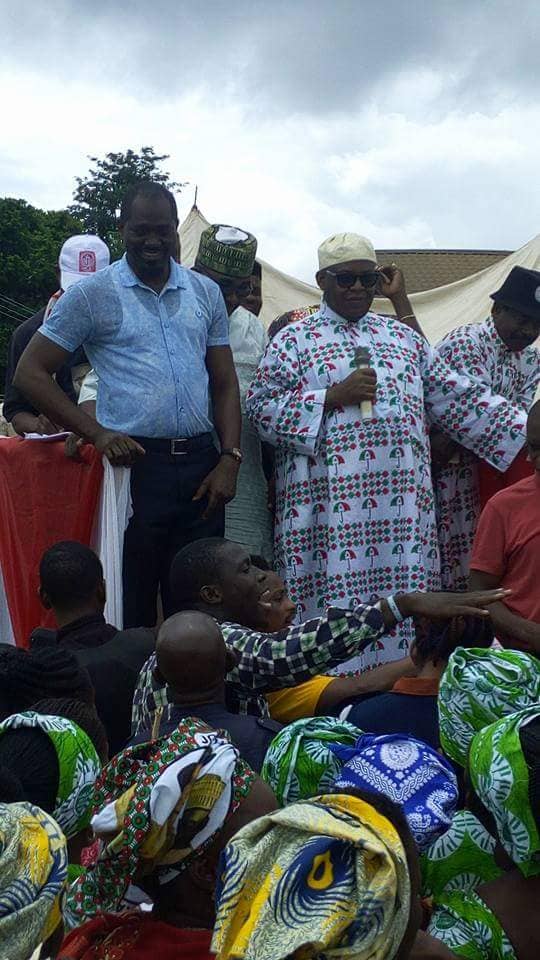 WHILE former Edo State Governor, Comrade Adams Oshiomhole was being crowned in Abuja during the weekend as the national Chairman of the All Progressives Congress (APC), over 3,000 members of the ruling party decamped to the People’s Democratic Party (PDP) at Fugar, Etsako Central local government area of Edo state.

At a well attended ceremony which was described as a political tsunami by Edo state chairman of the PDP, Chief Dan Orbih, rejected the new National Cattle Policy of President Muhammadu Buhari.

He advised Governor Godwin Obaseki not to cede any portion of Edo land for the purpose of the new policy on cattle which he insisted is a subtle way of grabbing Edo people’s land.

The decampees who were led by a an erstwhile Secretary of the defunct Action Congtress of Nigeria (ACN) in Etsako Central local government included Capt. Phillip Itsede; Mr. Imakhue, a former PDP chairman in the council; Mr. Benjamin Enakpene, a former APC youth leader; Comrade Augustine Anomhe wet TT r3, former President of the Student Union Government of the Agenebode campus of the College of Agriculture, Iguoriakhi; and Mr. Felix Igbanoi, a former Supervisory Councilor of the council.

The decampees who were former members of the PDP said that it was sweet homecoming after wandering in the wilderness for a long time.

Itsede said that the lack of internal democracy and, the dictatorial tendencies of some of the leaders of the ruling party has resulted in a situation where the decisions of the party are being taken by people outside the council.

Left with no choice after persistent protest, Itsede said that he decided to go back to his roots, adding that the APC was doomed.

Buhari is Nigeria’s most arrogant yet inept leader.