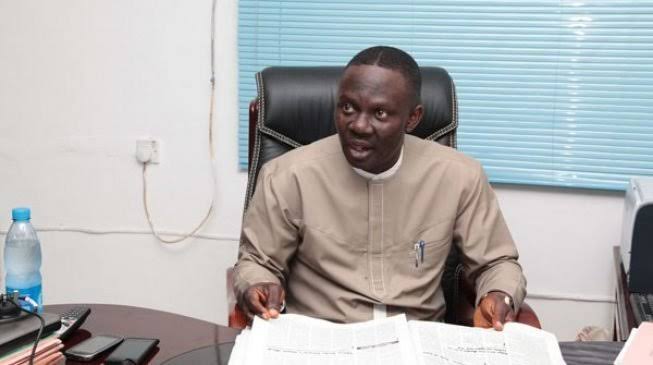 By 2020, Nigeria was projected some 11 years ago to become one of the 20 largest global economies in the world. When the projection was made in 2009 during the tenure of late President Umaru Yar’Adua, Nigeria was ranked number 30th largest economy in terms of its GDP size. Nigeria, which has been in the wilderness of darkness could only boast of 3,500 megawatts at that time.

Till date, despite huge investments in the power sector, we are still oscillating between 4,000 and 6,000 megawatts depending on who is presenting the data. Government apologists are quick to remind us that power generation has increased remarkably in the last two years but the same government has budgeted N9 billion for generators purchase and maintenance in several government agencies.

While the Yar’Adua government set up the National Council on Vision 2020 to ensure that the expectations and objectives are followed through, there seems to be less work done to actually realise the gains of this noble agenda.

The National Economic Empowerment and Development Strategy (NEEDS) was put in place as a launch pad for the actualisation of some of the key targets of this vision. Succeeding governments have come up with one idea or the other to drive the initiative. The energy sector which is key to jump-starting a productive economy has remained in its low ebb, with accusing fingers pointing in the direction of funds misappropriation, regime after regime.

Within the last five years, unemployment figures have grown in a geometric proportion while job losses have become the icing on the cake. Whilst the Buhari-led Federal Government declares its avowed commitment to fighting corruption and making a lot of recoveries, the irony is that Nigeria and Nigerians are growing poorer and poorer by the day. Government has continued to complain of declining revenue, even when Professor Itsay Sagay says over N1 trillion was recovered within the last one year as an eloquent testimony to the anti-corruption crusade of the current government. Why the monies recovered are not apparently adding up to the figures remain a subject of curiosity.

Amid a plethora of issues begging for governmental intervention, government spokespersons are insisting that borrowing is the way to go since there is shortfall in national revenue to execute a considerable percentage of its annual budget.

By 2020, when it would be 11 solid years since the official endorsement of the Vision 2020, on 1st October, 2009, Nigeria will still be encumbered by series of developmental challenges that have refused to go away.

Presently, there is a huge gap in infrastructural development across the country. The roads are in bad shape, rendering mobility and commerce difficult to flourish. The education sector is suffering kwashiorkor as a result of poor funding in the area of infrastructure, learning and research. A paltry N48 billion budget in the 2020 budget year is a far cry from UNESCO benchmark. Given the huge challenges in the education sector, with incessant strike action by trade unions and its affiliate bodies, the education sector is presently traumatised. Added to this is the gloomy economy that has not shown any sign of recovery despite cooked up figures to whet the appetite of those in government as though we are making progress.

As if that is not debilitating enough, the unwholesome activities of kidnappers, armed bandits, armed robbery and other crimes, have had untoward impact on the wellbeing of the populace. The environment of insecurity that has become a perennial slur on the economic landscape has affected investment in remarkable measures. Rather than make a realistic budget estimates that would make us to cut our clothes according to our size, government is making budgetary projection that is almost dead on arrival. The projection of 2.180 mbpd on the oil front is undoubtedly ambitious, especially at a time when OPEC oil quota is hovering around 1.8 to 1.77mbpd. As if that was not enough, the oil price benchmark of $57 dollar per barrel is also uncertain.

Rather than generate estimates that would seem positive on the outlook, government ought to set benchmark that would appear plausible and almost predictable. That Iran and the United States are presently in a muscle-flexing altercation which has raised oil price to $60 or $61 per barrel is not enough to sing hallelujah song. In a sector where Nigeria’s influence is not water-tight, over-shooting OPEC quota in budgetary estimation is a joke taken too far.

The minimum wage challenge on the home-front is another pain in the neck of government. The Buhari presidency played politics with workers by agreeing on a N30,000 minimum wage before the elections, ostensibly to shore up support and votes from workers across the country. Rather than implement, governors have been complaining of lack of funds to hit the ground running. Labour is spoiling for strike action to pressurise government to honour its own side of the bargain.

There are states that are still owing several months of salaries, some pay negotiated percentage, while others appear helpless in their effort to generate increased internally generated revenue (IGR). With Federal Government’s decision to increase the Value Added Tax (VAT), which will mean more money for the states at the expense of the people, the mere fact that it is an item in the 2020 budget raises more posers to analysts.

The VAT law has to be tinkered with if this increment is to take effect, but the constraint according to some analysts is that it is like taxing an already impoverished citizens. It is another way to consolidate their sufferings. When government ought to create the enabling environment for businesses to thrive, it is making effort to take from the already down and out Nigerians, whose means of livelihood is tellingly affected by por economic realities.
When the Buhari presidency came up with the Social Investment Programmes in 2016 in response to finding quick-fix solution to poverty, suffering and deprivation, and lifting the poorly poor away from poverty, it budgeted N500 billion into the scheme.

The following year, the budget remained at N500 billion and it dropped to N350 billion in the succeeding year. In the 2020 budget, it is now pegged at N38 billion, a far cry from its earlier 2016 budget. That means, those Nigerians who have been captured in government’s N5,000 monthly stipend will surely suffer in 2020. It will also mean that the school feeding programme which the government touted to be one of its legacy projects will also suffer. And those who have been captured in that supply chain will also be out of circulation.

It is yet to be seen how this budget that proposes 20% capital expenditure, with N2.45 trillion debt servicing can actually launch the country on the path to economic recovery. While government apologists are raking up figures to justify the viability of the 2020 budget, it is left to be seen what investment N100 billion can attract in the defence and security portfolios, under a regime of insurgency and armed banditry. A deficit figure of N2.8 trillion is a clear indication of economic disaster, waiting to happen.

I had thought that with the announcement of the members of the Economic Advisory Council, that the President would create the opportunity for a robust synergy with the Budget and Planning Ministry in critically analysing the budget and taking informed position on it before it was hurriedly presented. This is a time that we need some level of uncommon approach to budgeting to get the figures right as well as the projections than the rush to impress the public on quick submission of budget.

The ministers that were recently sworn in, needed time to study the books, make informed contributions before setting out to churn out a budget that could provide the right therapy for the economic ailments that confront us. Aside from the unrealistic nature of the budget, the complaint about lack of resources to fund the budget is another kettle of fish altogether.

Only on 1st October, 2019, the president told an already befuddled nation of N600 billion capital release to carry out capital projects. This is happening at the last quarter of the year. What baffles some observers is not the pronouncement, but that whether the government will be able to reflate the economy with such promised fund.

That promised N600 billion represents 22% of the budgeted estimate in the 2019 budget, an indication that the 2020 budget may follow similar pattern of poor funding.
In an era when Nigerians are already groaning under the negative spell of poor budgetary implementation, with over 100 million amongst the world’s poorest, an unrealistic budget will be addition burden on the citizens.

Government ought to cut down on its excesses and overheads. There is no justifiable reason why for example, the president will approve six Special Assistants and Special Advisers to an office that is not known to law; office of the First Lady. Government can also cut down on some items like president’s haircut, domestic travels, foreign travels, purchase and maintenance of generators and entertainment in the Villa. A dire situation that we find ourselves requires a serious austerity approach to cut down on wastes. This is the way to go in order to bail out Nigerians from their present economic predicament.