Home News Washington Osifo: The Man Who Saw the Kingdom but Never Entered 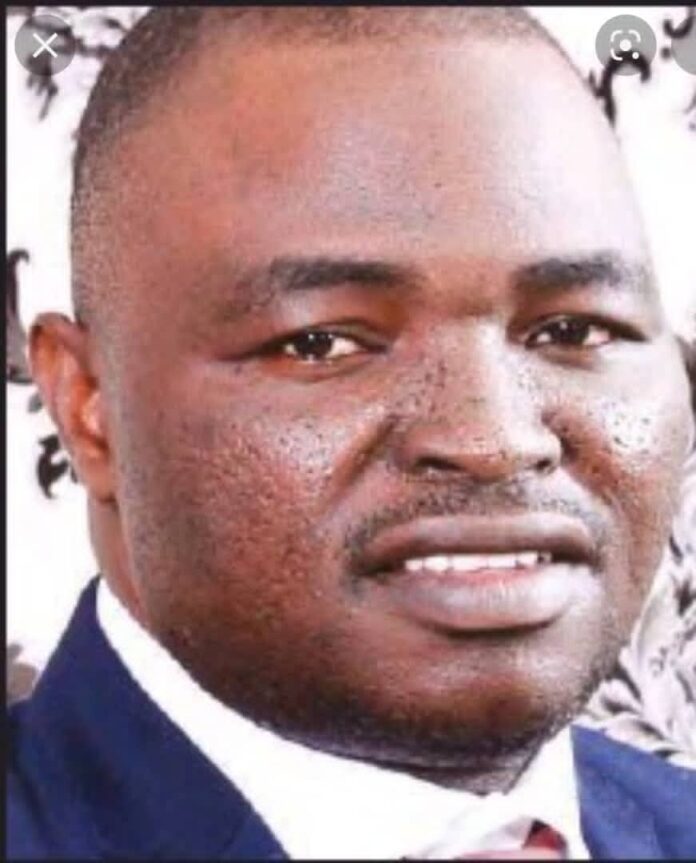 For a man who saw the promised land but never entered, bouts of lamentation are an expected psychiatric response.
It is therefore understandable to have read Washington Osifo’s hogwash titled Edo Political Class Under the Sword of Damocles, in which he vented his frustration from political obscurity.

The perpetual lawmaker-elect, Washington Osifo, who contested the 2019 election to represent Uhunmwonde State Constituency in the Edo State House of Assembly, was buoyed to victory by Governor Godwin Obaseki’s popularity, but due to his primordial allegiance to the Godfather from Edo North, he sold his birth right for a proverbial pot of porridge.

Today, Osifo is throwing a pity party, claiming to be speaking for the political class in Edo State and arrogating to himself a voice he has since lost with his shameful public conduct.

Osifo has gone through the complete cycle in dealing with his political misfortune from the initial denial to whining about his loss and then throwing infantile tantrums at perceived enemies, who he thinks are responsible for his ill-fortune. He does this so frequently that he now sounds like a broken record.

Only men with a modicum of honour can actually hold themselves responsible when they blow their chances. Osifo is hardly a whole man, so he looks for others to blame for his self-inflicted misery.

His recent piece convinces the reader that he is a good armature. He goes on to suggest that politicians hand over power to themselves. What arrant disregard for ‘we the people!’ In Osifo’s reasoning, where do the people come in?

Osifo is pretty much like the many Israelites who saw the promised land but never entered into it.

It is interesting that Osifo, who claims to hold a doctorate degree, would side with his godfather, Comrade Adams Oshiomhole over and above the interests and political future of the thousands of constituents from Uhunmwonde who lifted him to election victory and who expected astute representation in return for their votes.

The incredible story of how Osifo and his co-perpetual lawmakers-elect squandered their electoral fortune and the interest of their people on the alter of base subservience to Oshiomhole could easily pass as one of the ‘wonders of the world.’

It is hard to tell what Osifo sees when he stands before a mirror every day: he is supposed to be in Edo State House of Assembly representing his constituents, but is in a pub drowning his sorrows in inexpensive liquor.

To hear Osifo make a case for the sustenance of this same political class speaks volumes about the character of this middle-aged man who clearly has never done any other honest work in his life and therefore possesses no other skill but hanging around the corridor of politics.

It is therefore not surprising that despite the landmark reforms recorded in Edo in the last five years, he still argues against the achievements of Governor Godwin Obaseki.

Edo has witnessed unprecedented changes that have positioned it for greatness, especially with the Ossiomo Power project, which is providing electricity to streetlights, government buildings, the Samuel Ogbemudia Stadium and industrial clusters in the Benin metropolis.

The Benin landscape is also being transformed with the gradual manifestation of the Benin Cultural Masterplan, with its anchor project, the Benin Mall coming on stream.

The Edo State Oil Palm Programme (ESOPP), an initiative of Governor Obaseki, has attracted about $500m into the state’s economy. Through the programme, the state is now reviving the palm plantation system and is positioned to fill 20 percent of the supply gap for the country’s oil palm products. With all of these, it is surprising that Osifo has refused to see all of these.

The tantrums by Osifo expose him as someone who has been overcome by boredom as he is still licking his wounds after his party denied him the Orhionmwon/Uhunmwonde House of Representatives ticket, which he hoped to clinch on the singular fact that he deserves pity for political misfortune.

Osifo has lost out in this political era. So he should subject himself to penance and other purgative exercise required of a man who has lost his way. He may perhaps re-approach the rostrum in another era to seek to gain public trust and attempt to run for an elective position.