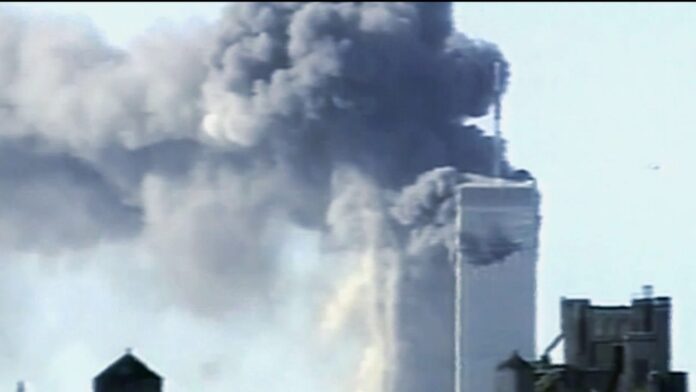 9/11: How Air Traffic Controllers Managed the Crisis in the Skies

The weather in the northeastern United States on the morning of Tuesday, September 11, 2001, was what air traffic controllers describe as “severe clear.” A high-pressure system had blown the previous day’s storms out to sea; skies were an intense cobalt blue. “A severe clear day means that you’re going to have a great day in air traffic control,” says Michael McCormick, who oversaw all air traffic in the northeastern United States that day out of the Federal Aviation Administration’s New York Center in Ronkonkoma.

It was not a great day in air traffic control.

As the morning progressed, four separate terror attacks unfolded in the skies, with hijackers using commercial aircraft as weapons. Perpetrators deliberately flew three of those planes into iconic buildings in New York City and Washington, D.C., while a fourth crashed in a Pennsylvania field before reaching its target. Through shock and confusion, aviation professionals tasked with keeping America’s skies safe had to stay cool and make unthinkable decisions—to call in fighter jets, shut down U.S. airspace and land all airborne planes—in response to dire, unprecedented events. “This [was] a dynamic event with details changing from moment to moment, from second to second,” McCormick told HISTORY.

‘We Need You Guys to Scramble Some F-16s’

In the windowless Nashua, New Hampshire bunker that houses Boston Center—the FAA facility that guides aircraft crisscrossing the skies above New England and much of New York—Peter Zalewski, a 20-year veteran, starts his shift at 7 a.m. Soon, he is trying to figure out what is happening with American Airlines Flight 11. The plane had taken off from Boston’s Logan Airport at 7:59 a.m. After guiding the flight’s initial climb, Zalewski can’t get a response from the pilots.

Boston Center/Zalewski: American one-one, the American on this frequency, how do you read me?

“I’m like, my god, maybe they’re drinking Dunkin’ Donuts coffee up there,” Zalewski recalls thinking. Controllers chalk the lack of response up to multitasking. No one is worried—yet.

A graphic showing the flight trajectories of the four hijacked flights on September 11, 2001, along with those of US Air Force fighter jets that had been scrambled to intercept them. Dotted lines indicate the portions of the flights when cockpit-based transponders had been disabled.

8:21 a.m. The hijackers turn off the transponders for AA 11. Then controllers hear Mohamed Atta when the lead hijacker accidentally broadcasts a message meant for passengers on the air traffic control channel.

Atta: We have some planes. Just stay quiet and we’ll be OK. We are returning to the airport.

At this point, controllers reach out to their military contacts.

Boston Center/Joseph Cooper: We need you guys to scramble some F-16s or something to help us out.

Boston Center/Cooper: This is not an exercise, not a test.

Controllers note that AA 11 has deviated from its flight path. Bruce Barnett, operations manager at New York Center in Ronkonkoma, warns McCormick that a possibly hijacked flight is heading toward New York at full speed.

‘I Have Never Had a Controller Scream Like That’

UAL 175 to New York Center: We heard a suspicious transmission on our departure from BOS sounds like someone keyed the mike and said everyone stay in your seats.

Controllers fail to pass that information along; they’re soon too busy trying to keep track of multiple hijacked planes.

8:46 a.m. AA 11 crashes into the North Tower of the World Trade Center in New York. Controllers initially think it’s a small Cessna flying under visual flight rules, and not part of their responsibility.

There is no reply.

Bottiglia notes that UAL 175 has changed its transponder and is climbing rapidly. “We may have a hijack,” he tells another controller. Mike McCormick realizes UAL 175 probably “was going to be another weapon to be used on the World Trade Center.”

8:54 a.m. AA 77 deviates from its course and pulls its transponder. Could it have crashed? Indianapolis controllers consider the possibility.

About 9 a.m. Gerald Earwood, piloting a Midwest Express flight from Milwaukee to New York’s La Guardia Airport, can’t reach controllers. “There was no chatter, no talk, no anything,” he later told Garrett Graff, who compiled an oral history of the day’s events in the book The Only Plane in the Sky. Suddenly, a controller shouts an order for him to make an immediate turn to avoid colliding with UAL 175. “I have never had a controller scream like that.”

9 a.m. Controllers struggle to keep up with unfolding events. There was “some slowness in realizing that we were dealing with an additional hijack, because, by gosh, we already had two,” recalls Dan Creedon, departure controller at Reagan National Airport.

9:04 a.m. Ben Sliney, in his first day on the job as national operations manager for the FAA in Herndon, Virginia, orders a “ground stop,” banning planes nationwide from taking off.

9:05 a.m. Mike McCormick orders “ATC Zero,” or the complete shutdown of airspace around New York City; no planes can take off or land. “It’s the first time that ATC Zero had ever been used for an event like this,” he tells HISTORY. “It was intended to be utilized when you can no longer provide air traffic control services generally due to equipment malfunctions.”

9:10 a.m. Terry Sliney tells his staff to collect any and all reports of suspicious activities involving planes in the air. They post details of about two dozen flights to a dry erase board in the middle of the room.

9:10 a.m. In Cleveland, air traffic manager Rick Kettell recognizes similarities between the hijacked planes. All were transcontinental flights “obviously full of fuel.” Kettell tells his team to look out for comparable flights.

9:20 a.m. Indianapolis controllers—now aware of the World Trade Center events—begin to suspect that AA 77 has been hijacked.

9:27 a.m. John Werth, the Cleveland controller in charge of UAL 93, makes the last regular contact with the plane’s crew.

9:28 a.m. Werth hears sounds coming from one of his aircraft; he can’t immediately tell which one. “It sounded like a life-or-death struggle. It was some screaming and some guttural sounds.”

‘Eight Miles Away From the White House, Heading Right Toward It’

9:30 a.m. Langley Air Force Base fighters are directed to the Baltimore area to intercept AA 11, which is believed to be heading toward Washington.

9:32 a.m. Controllers at both Dulles and National airports spot an incoming jet, flying rapidly and far too low. Creedon’s boss calls the Secret Service to tell them to evacuate the White House—ASAP.

Creedon: “He’s like, ‘we got an untracked target, we don’t know who he is’ and he said ‘eight miles away from the White House, heading right toward it.’

Ziad Jarrah: “Keep remaining sitting. We have a bomb on board.”

9:39 a.m. Cleveland controllers and nearby pilots overhear a transmission from UAL 93.

Jarrah: Uh, is the captain. Would like you all to remain seated. There is a bomb on board and are going back to the airport. Please remain quiet.”

9:41 a.m. The hijackers pull the transponder from UAL 93 and make a 120-degree turn. The plane is now heading for Washington, D.C.

9:42 a.m. For the first time in aviation history, the FAA orders all planes within U.S. airspace to land immediately and closes airspace.

9:45 a.m. Terry Biggio begins overseeing the landing process in the Northeast. “We told them, you’re not leaving our airspace. Pick an airport.” Sliney says 700 of the 4,000 planes in the air landed within 10 minutes.

10 a.m. UAL 93 passengers vote to retake the aircraft. The cockpit voice recorder picks up details of the struggle that follows.

10:03 a.m. Cleveland Center tracks the plane all the way to Shanksville, Pennsylvania, and monitors—on radar—its final crash into the ground. Stacey Taylor Parham, one of the controllers, asks a nearby corporate jet to look for smoke.

10:15 a.m. By this time, the worst of their day in the lives of these air traffic controllers was over—and the post mortem had begun.

Chairman of Edo PDP To Mediate In Oshiomhole, Obaseki Conflict