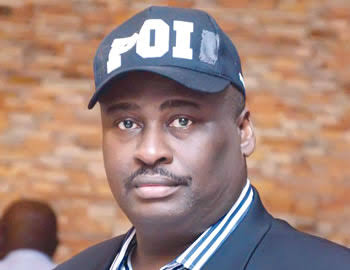 As Nigeria marked the 59th independence anniversary, Edo PDP led by Chief Dan Osi Orbih undertook an on-the-spot assessment of the multi-billion Naira Edo state Storm Water project. He led a team of journalists and party leaders to the siluko/evbotubu axis of the project and as usual, he was brutally frank as he expressed his disappointment over the failure, abandonment and apparent crass corrupt practices that characterized the conception, design and implementation of a project that was laudable at conception but destined to fail as its managers were only interested in the financial benefit accruable to themselves! Below are the words of Chief Orbih as he spoke to journalists and some residents of the area: We sympathise with all those who have suffered from the disastrous consequences of Edo State government failure to deliver on the Benin storm water project.

The  failure of the project has led to deaths and untold hardships of residents in Benin. The storm water project is a disaster. Let me use this opportunity to call on  Governor Obaseki to stop the blame game. As chairman of Edo state economic team, he facilitated the controversial N30 Billion bond through his company AFRINVEST and the company was paid N1.5 Billion as commission. The project design was given to an unknown South African consultant paid over N600 million.

This project was never advertised and didn’t follow due process. Now will hear it will now cost over N150 billion and will take 30 years to complete. To Edo people, this is an after thought. It is unacceptable as it is criminal to award an open ended contract to continue to fleece Edo State. Isn’t it ironic that just Yesterday, the Governor called for a probe of the N20 billion NDDC emergency funds allegedly spent in Edo State.

In the same vain, I hereby call for a comprehensive probe of the N30 billion bond and its application to the failed Benin storm water project. The project did not follow due process. The bad management of the project and the failure of the project rest on the fragile frame of Obaseki. It is comical and ingenious to blame the flooding in the city a few days ago on NDDC contractors when EDSG, after collecting and unable to account for the use of N30b and is demanding for addition N150b for a project. As we approach 2020 election year, I call on Edo people to look at the blame game of APC actors in the state.

From the Central hospital, House of Assembly crisis, to Benin storm water project.Edo people must stop them in their dirty game. It is time to change the story.