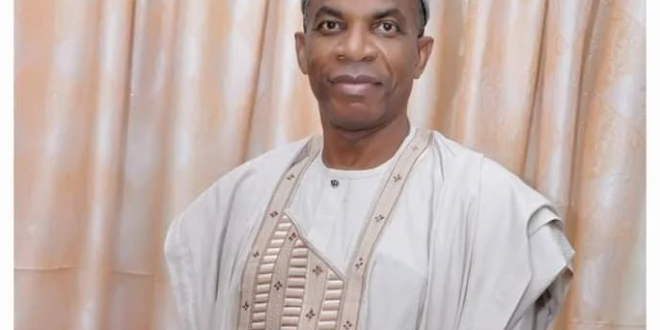 The past few weeks have recorded several incidences of high profile defections of very top and high ranking members of the PDP to the ailing APC a party that has brought the country to its knees so much so that we are now the poverty capital of the world. I have read with serious disappointment the defection of some Governors, Distinguished Senators and Honourable Members of the House of Representatives, who were elected on the platform of PDP to the APC from both print and electronic media. This sordid, absurd, and embarrassing development in the Nigerian political environment is worrisome and deserves to be interrogated. It also shows the level of moral and spiritual decadence of the perpetrators of this ignoble and disingenuous act of betrayal and dishonesty.

The big questions that are begging for answers are: what actually is the reason(s) for leaving the PDP for APC by PDP Governors and National Assembly members? What is it that the PDP is not doing right? What is attracting them to APC that has failed in all ramifications? Is the defection not the case of “join us and all your sins are forgiven”?

Today, it is on record that Nigerians can’t sleep anymore with their two eyes closed because of the rising wave of insecurity. People are being kidnapped and killed every day. Armed robbery and banditry have become the order of the day. To feed has become near impossible for majority of families. Inflation is on the increase every day and infrastructures are decaying and dilapidating. Yet the government of APC seems to be insensitive and adamant to the terrible situation Nigerians are going through. What a failed government. There is a general public outcry that APC has failed this country. Therefore, the reasons for leaving PDP for APC couldn’t have been based on rationality. There is no logical or concretely conceived reason for their action, save for selfish, mundane, anachronistic, and pecuniary reasons. Some of them have ran to meet the presidency as a cover for their tracks, believing that APC and President Muhamadu Buhari will shield them from the sledge hammer of the anti-graft agencies (EFCC & ICPC) for the massive looting of the public fund entrusted in their care as representatives of the people.

Every Economic index that should go down is going up (unemployment rate, inflation rate) while those that should go up are going down (GDP, FDI). How the APC led administration manages to do this baffles every rational Nigerian, and yet people elected on the platform of the PDP are decamping to this sinking APC

It is rather very intriguing for someone to whom the people have entrusted so much on, to dramatically wreck the ship he or she has been empowered by the people to steer. It is ridiculous and highly dishonorable for people who were elected to serve the interest and needs of their constituents to suddenly turn around and vouchsafe their people’s interest by compromising the very cherished qualities a leader is supposed to guard very jealously (Integrity, high honour, moral). In fact, I am not surprised in their act of shame and the compromise of their integrity, because in the first place they don’t even have it. It is what you have that you protect and give, not what you don’t have.

It beats my imagination to note that people who were elected under the platform of a political party with distinct ideological values could throw away what to them is supposed to be sacrilegious on the altar of personal interest. It again points to the fact that, they never had the interest of the people at heart. They only deceived their people and got away with their mandates. Whether they agree or not, these set of politicians have lost godliness, morality, and integrity. Their stock in trade is to deceive and betray the trust of the people. This should serve as a wake-up call for our people, because this set of notorious and deceitful people may still come to seek support from us another time. An Edo proverb says, “if you deceive me once you are the fool, but if twice I am the fool”. So let’s be on the watch out for part two. They will certainly come back and if they do, they should be paid back in their coin.

There are situations and instances where decamping might become inevitable, just like the case of Mr. Godwin Obaseki, the governor of Edo state in 2020. The reason for his defection from the APC to PDP was apt and morally justifiable. His case cannot be likened to this notorious and ridiculous misbehavior of these Governors and National Assembly members. The case of Edo was a case of intimidation, embarrassment, victimization, humiliation and molestation by those in his former party APC who thought they were gods on earth. Thank God for the wisdom in running to the PDP for shelter. Today God has disappointed all the foes of Mr. Godwin Obaseki. PDP and Edo are however grateful to God for giving us victory over the enemies of democracy in Edo state and the evil of political godfatherism.

In conclusion, please join me in praying for these set of “leaders” we mistakenly elected and ask God for forgiveness while requesting that He guides us aright in 2023!