Home News Alcohol use is worryingly high among Nigerian students: here’s who is most... 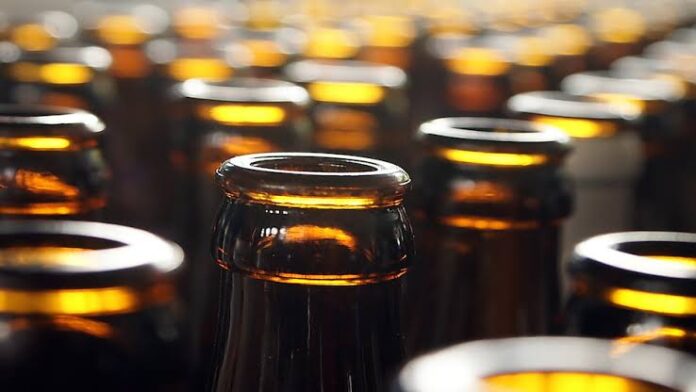 Many young people drink alcohol – whether it’s out of curiosity, ignorance, peer pressure or other reasons. It’s a major public health concern.The consequences of drinking can be physical, social and academic. Young people may put themselves at risk of injuries, accidents, health problems, relationship problems and poor school performance. Using alcohol also increases the risk of using other substances and developing related disorders. For young people, it’s linked to mental health disorders in later and old age.In most parts of Nigeria, there’s very little control over the sale and distribution of alcohol.

It’s available in small and portable packaging and people of any age can buy it. It’s not uncommon for bars to be situated near schools.According to the World Health Organisation, Nigeria ranks second on the list of African countries for heavy episodic drinking. Scholarly sources have backed this claim. But reports on the prevalence of alcohol use among the Nigerian university student population show conflicting results. They are difficult to compare because the studies have used difference methods and samples, at different locations and times.

They have also looked at the contribution of different psychological factors. This makes it harder to use the studies to guide interventions to combat harmful drinking.For this reason, we surveyed a large sample of university students across six Nigerian regions.

We wanted to know how prevalent alcohol use was among students and how this differed by gender, age and geographical location. We also examined how alcohol use was related to three psychological factors: self-efficacy, which refers to the belief or perceived confidence an individual has in their ability to effectively manage challenges especially in a situation that may put them at risk of mental stress, depression and life purpose.We found that about a third of the respondents were users of alcohol and about 9% were dependent on it.

The pattern of alcohol use differed significantly across age groups and locations. And students who perceived themselves as unable to handle challenges in their lives were more likely to use alcohol.These findings are a warning for universities to pay close attention to students’ emotional challenges and make sure counselling and prevention programmes are available to them.Alcohol use among Nigerian university studentsWe conducted our survey in six Nigerian federal universities, spread across the six regions. We collected data from a sample of 1,173 students using a structured questionnaire.We found that about one-third (31.4%) of the respondents had used alcohol in the past 30 days. About 16.8% of the students in our survey consumed alcohol at a non-risk level, while about 14.6% were drinking in ways that put their health and well-being at risk, for example being drunk on many occasions, or engaging in risky behaviours under the influence of alcohol.Our findings raised a concern about the high rate of alcohol use among Nigerian university students.

The rate of alcohol use significantly differed across geographical locations. Alcohol use was more predominant among students in the North East and South South region. The least alcohol consumption was reported in the North West and South West. A probable explanation for this difference is socio-cultural and religious factors and ease of access to alcohol. Alcohol is prohibited in the core part of the North West on Islamic religious grounds, but is generally culturally acceptable and available in the South South region.There was no significant difference in the rate of alcohol use reported by male and female students.

Unlike previous studies that reported males using alcohol more than females, we found evidence of an increasing rate of alcohol use among female students.We also found a significant relationship between age and alcohol use. Students aged 19 years reported more alcohol use than those aged between 16 years and 18 years.

Our findings show that it’s important to identify and help students with mental health challenges. We recommend that the Nigerian university authority should strengthen healthcare services for students. The system should target students who need mental health assessments and interventions. This would translate into a reduction in alcohol and drug use as a way of coping.Also, we recommend that all concerned stakeholders, including government agencies like the National Drug Law Enforcement Agency, address problem drinking among students. Although alcohol is a legal substance, its use is associated with an array of harmful consequences.